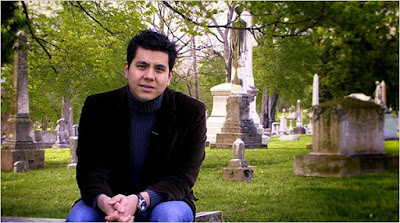 Couched as a “personal journey” through the history of H.I.V. and AIDS, “House of Numbers” is actually a weaselly support pamphlet for AIDS denialists. Trafficking in irresponsible inferences and unsupported conclusions, the filmmaker Brent Leung offers himself as suave docent through a globe-trotting pseudo-investigation that should raise the hackles of anyone with even a glancing knowledge of the basic rules of reasoning.

Assembled from interview fragments with doctors, scientists, journalists and others, the film cobbles together an insinuating argument against the existence of H.I.V. as a virus and AIDS as the resulting disease. Among the many inflammatory claims is that diagnosis is a pharmaceutical-industry ruse to sell complex drug therapies (which the film then presents as the real cause of the syndrome we identify as AIDS). Evidence to support this and other highly dangerous contentions is found not in verifiable statistics (house of numbers, my foot) but in the impassioned anecdotes of individuals who have outlived the expectations of an H.I.V.-positive diagnosis.

Rife with fuzzy logic (most people with AIDS live in poverty, therefore poverty causes AIDS) and a relentless fudging of the difference between necessary and sufficient conditions, this willfully ignorant film portrays minor areas of scientific disagreement as “a research community in disarray” and diagnostic testing as a waste of time. A few months ago 18 angry doctors and scientists interviewed in the film issued a statement claiming that Mr. Leung “acted deceitfully and unethically” when recruiting them and that his film “perpetuates pseudoscience and myths.”

Mr. Leung said in a recent interview, “All we do is raise questions.” Perhaps his next film will question the existence of gravity.
Posted by Seth Kalichman at 9:00 PM