How AIDS Denialism Can Kill You Part V: Is it too late for Karri Stokely?

For years, Christine Maggiore was the face of AIDS Denialism. When she died of AIDS in 2008, many people thought it would bring an end to the craziness. It did not.
Just as Christine Maggiore  denied that her baby died of AIDS, her followers claimed that Christine died from the stress caused by a Law and Order SVU episode that portrayed her life.
Soon after Christine Maggiore died, there was a new face of AIDS Denialism. Karri Stokely, an HIV positive mother of two who has repeatedly shared her story of how HIV medications, not HIV, nearly killed her. Karri Stokely became seriously ill while taking anti-HIV medications and believes that her health only improved because she stopped the medications. She has appeared healthy ever since.  That is until now.

Read more!
Posted by Seth Kalichman at 2:08 AM 54 comments

Another cast member of the AIDS Denialist film House of Numbers is dying of AIDS.
A post at the Denialist website 'Questioning AIDS Forum' reads "Kim Bannon gravely ill".
"Kim is deteriorating rapidly and there is little hope left. As of now, she can still recognize people, but it seems this will not last long. Her delusions are getting worse. ...The dissident movement owes her a lot, and we can't afford to forget what she did for all of us."
It is fair to say that the 'AIDS Dissident Movement' owes Kim Bannon nothing less than her life.

How AIDS Denialism Can Kill You Part IV: A Wake Up Call

I ask readers to share their personal experiences and encounters with AIDS denialism. Those who do usually prefer to not post their stories on my blog because they do not want to be harassed by the predictable onslaught of attacks. Perfectly understandable. At times people are willing to share their stories, usually out of a desire to help others.


Stories of getting hooked into AIDS Denialism have much in common. This is the latest addition to my series on how AIDS Denialism can kill you. have also updated previous posts from the series. Thank you again for sharing your experiences with me and for allowing me to share them on my blog.

"One too many" coincidences

I first learned about the AIDS dissident movement through a friend's "doctor" in around the mid 1990's. The doctor was a guy who had lived in China for many years and had been making a living as an acupuncturist. He was also an advocate for a myriad of other superstitious and odd points of view.  I've always found unorthodox views interesting.  Instead of just rejecting them flat out, I feel they are worth considering. I guess my nature is to be a curious person. At the time I just thought it was an interesting point of view. I wasn't even HIV positive, but being an AIDS dissident kind of fit my overall perception of the world back then.

How AIDS Denialism Can Kill You Part III: Lambros Papantoniou

In Memoriam, Lambros Papantoniou
by George N. Pavlakis, Rockville, MD USA
[Reposted in honor of Lambros]
Note that this story was originally posted in December 2009. I have been in touch with more of Lambros' friends who have confirmed the horrific acts of AIDS Denialists described in this touching essay. AIDS Denialists are on notice... you are on the minds of loved ones. SCK

What do you do about someone who claims to be an expert, serving up half-truths, twisting the facts in credible-sounding sentences and misleading a patient? There must be some rules that apply to someone who professes to be an expert and induces patients to stop their doctor-prescribed medication. These must be applied to prevent harm to more patients. And what if these actions lead to the patient’s death?

Read more!
Posted by Seth Kalichman at 2:07 AM 22 comments

How AIDS Denialism Can Kill You Part II: Accountability and Liability for Spreading Medical Disinformation 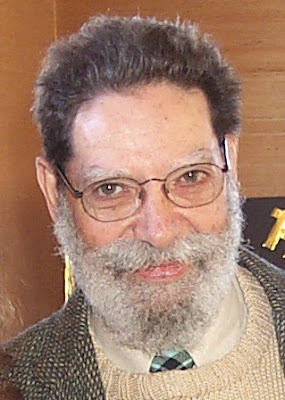 "with Nessies and psychic phenomena and UFOs and the like, there are many evident gaps in empirical knowledge, so there exists the possibility (somewhere in the “unknown unknown” *) that future observations could provide satisfactory understanding of the empirical data. As concerns extrasensory perception, there’s even a plausible analogy in the phenomenon of quantum entanglement at the sub-microscopic level. With HIV/AIDS, there’s no such hope, because data in hand have already disproved decisively the notion that HIV causes AIDS" Dr. Henry Bauer

AIDS Deniers tell you not to bother getting tested for HIV and if you have tested positive to avoid taking HIV treatments. Christine Maggiore, Brian Carter, Michael Geiger and others share their life experiences hoping to persuade you to join their fragile bubble. These private citizens are free to say what they want regardless of whether it places you in the same peril that they have chosen for themselves.

But the accountability is different for professional denialists. AIDS Denialists who can call themselves ‘Doctor’ can be easily mistaken for medical doctors. Dr. Peter Duesberg, for example, does not have a medical degree, has never conducted research with humans and has never seen a single patient. When Dr. Duesberg says that HIV is harmless people are apt to listen with deadly consequence.

How AIDS Denialism Can Kill You 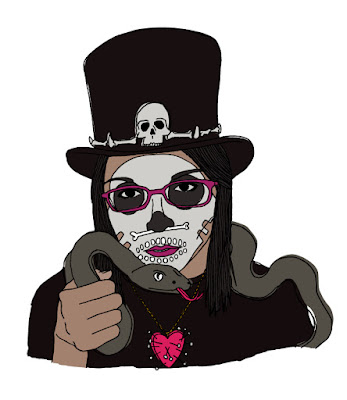 Ever wonder why so many of us take time from our days to rant about AIDS Deniers?

Well, it is because AIDS denialism is undermining our efforts to prevent and treat HIV infection. No one cares about a bunch of sad old nuts like Duesberg, Bauer, Rasnick, and Null. It is the people who listen to them that we care about. People who want to believe that HIV is harmless. Who want to believe that they can cure themselves with magic potions and home-made enemas.

Some who buy into AIDS Denialism get out in time to face their diagnosis. Others deny AIDS to their death.
To see the harm that AIDS Deniers are doing to each other, look no further than the discussion group at AIDS Myth Exposed.

A member recently wrote the following,

“I just got out of the emergency room after having to rehydrate myself intravenously. While there, stool samples were taken and it has been determined that I have Cryptosporidiosis in my intestines. My doctor called to tell me that with only 80 t-cells, this is no surprise. Upon doing some research on the internet, the parasite is responsible for wasting syndrome. This is my first "opportunistic disease" and it has me scared. It looks like this infestation is hard to get rid of - unless the t-cells get to be above 200. Food is going right through me - as are liquids. I'm doing my best to stay hydrated. I've had to call in sick from work and I don't have the cash to see an alternative doctor.

AIDS Deniers Speak Out in Chicago


CHICAGO – Almost 26 years after the HIV virus was established as the cause of AIDS and some 15 years after drug treatments developed out of that discovery led to dramatic drops in AIDS mortality rates in the U.S., some people still propagate the belief that HIV doesn’t cause AIDS and that the drugs used to treat it should be avoided.
Those beliefs were aired at a panel discussion sponsored by Knowledge and Wisdom Productions at the Illinois Institute of Technology Aug. 28. The panel included two AIDS denialists, authors Britnee Burke and Keidi Obi Awadu, and two people who disputed their arguments, epidemiologist Yaa Simpson, of the Association of Clinical Trial Services, and author and activist Ida Byther-Smith. Less than 20 people attended the discussion.
The HIV virus is the most heavily researched virus in medical history. Photo courtesy NIH
“People falsely believe that AIDS is a disease while in fact today it is used as a self-defining complex of diseases, symptoms and definitions,” Awadu said.
Burke, who said she tested HIV-positive 17 years ago and has not taken anti-HIV medications, compared belief in AIDS to religious belief.
“My belief – HIV is a lie,” she said.