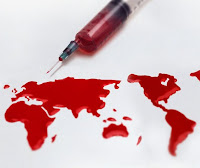 Why Christine Maggiore’s Cause of Death Does Not Matter 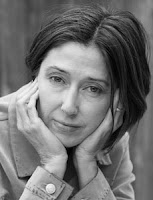 It really does not matter what caused Christine Maggiore’s death. Internet sites are clogged with comments debating whether she died of AIDS. This type of back and forth is just another pseudo-debate that we see time and again in AIDS denialism. Christine Maggiore’s death does not have to have been caused by AIDS (although it was) to prove the denialists wrong. The denialists are wrong because their world view is entrenched in conspiracy thinking, intense suspicion, and detachment from objective reality.

In her life, Christine Maggiore was a visible and vocal advocate for a propaganda campaign that undermines the prevention and treatment of HIV infection – among the greatest threats to global public health. In life she was a voice for pseudoscience. Christine Maggiore spread conspiracy theories and ‘deconstructed AIDS’ to disinform and confuse people who are in desperate need of accurate information.

Read more!
Posted by Seth Kalichman at 3:30 AM 14 comments

Denialism and the Death of Christine Maggiore

It was unavoidable. Since the reporting of Christine Maggiore’s death from pneumonia, the expected barrage of explanations has flooded the internet.

For my own part, I have stated that when a person who tested HIV positive dies of pneumonia they have, by medical definition, died from complications of AIDS.