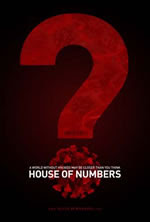 Having seen the AIDS Denialist film House of Numbers, I must say that it is worse than anyone could imagine. The film misuses the words of leading AIDS scientists to raise doubts about whether HIV causes AIDS, the validity of HIV testing, and the benefits of HIV treatments. Context is everything, and House of Numbers creates an illusion of debate among scientists by placing scientists along side of pseudoscientists. All Doctors and Professors are equal in the eyes of Director Brent Leung.

Contorting words to misrepresent reality is what AIDS Deniers do. Some AIDS Deniers must distort reality to protect their bubble of denial. HIV infected persons who are living in an AIDS denial delusion appear in the film, such as the late Christine Maggiore. Also not surprising are the words of the professional AIDS Deniers, who simply repeat the denialist mantra heard so many times before. The mosaic is fascinating to those of us who study AIDS Denialism, reaffirming to those living in denial, and boring to tears for everyone else.

In case you are smart enough to have not seen the film, I offer you some of my favorite AIDS Denialist quotes. I wrote down much of what was said in the film because, well, I am a really good note taker. Here you have it… AIDS Denialism’s greatest hits delivered in House of Numbers.
UPDATE: UK Raindance Film Festival shows House of Numbers. UK Skeptics respond. Ben Goldacre's Bad Science Gimpy's Blog
Eleni Papadopulos-Eleopulos: We do not say that HIV doesn’t exist. What we say is that the presently available data does not prove the existence of HIV.
It’s one thing to look like and another thing to be a virus. 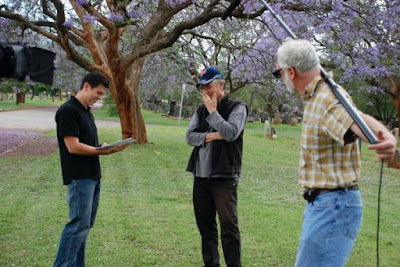 Peter Duesberg: For them to justify their expenses and their existence, and make their careers they have to find infectious diseases. The more diseases they can lump into this AIDs syndrome the better the chances they get patients under the umbrella.

If Fauci would say that here’s a billion dollars for alternate theories of AIDS, you wouldn’t believe what is going to happen. A lot of HIV researchers overnight would find would start [studying] co-factors. The first year they would call it co-factors of HIV.


They are all prostitutes, most of them, my collogues, to some degree, including myself. You have to be prostitutes to get money for your research. You are trained a little bit to be a prostitute. But some go all the way.
Nineteen million Americans now, 19 million, are taking illicit toxic medications. But we do not talk about this, this is politically incorrect.

That is AIDS by prescription. You get an immune deficiency and you die from the toxins.

Kary B. Mullis: The CDC was looking for something like that, when it came along. They were looking for it already; they were hoping that there was going to be a new plague, because polio was over, the CDC’s budget was getting decreases back in the early 80s…There were memos around the CDC saying “we need to find a new plague”. We need to find something that will scare the American people so that they will give us more money! Suddenly there was a lot of money available for anybody who wanted to study HIV. And nobody ever looked back and said, “Why do we want to study HIV…Bob Gallo said on TV causes AIDS?” We don’t know what AIDS is; AIDS is so hard to define, we could change the definition of it every year.
It was like a mad wonderful kind of dance that was being done, but if you think that can happen forever, you are wrong. What exactly caused Kaposi Sarcoma, we know that now. It was amyl nitrite.

Neville Hodgkinson: Whole nations have been lead to believe that in some instances that they’ve got large percentages of their population infected and doomed because of this supposed sexually transmitted virus. It’s such a tragedy. Because of the different criteria that apply in different countries you can test HIV positive in one country and be given an AIDs diagnosis as a result of that where as in another country you won’t test HIV positive and you won’t be given an AIDs diagnosis. It does not allow you to tell a single person on this planet that they are HIV positive. And it’s a scandal that this test continues to be used.
Christian Fiala: In the era before AIDS we had to admit we don’t know the diagnose and we could hypothesis, but nowadays what doctors do is well, if we don’t know what it is then it must be AIDS. : I think it is important to keep in mind, especially for us in the west, that poverty is not a romantic issue. It is a deadly issue. Poverty leads to disease and premature death, period! I think HIV totally has turned out not to be the cause of AIDS. HIV has turned out not to be.

Claus Koehnlein: The treatment causes a very similar condition we would expect from an AIDS patient. That’s why nobody noticed there was something wrong with the patient. That is the very reason why everybody believes that HIV is a deadly virus because the HIV positive patients at the time got a deadly treatment.
Nobody wants to realize what was the real effect of this over treatment. That means we killed a whole generation of AIDS patients. The AIDS medication today is not that toxic then it was in the early days. It’s a potent drug regimen which means it kills everything.
So patients really do better for the short term, but for the long term they die also.
I have patients tested in 1985. They were all advised to take treatment but they declined treatment for different reasons because they didn’t want to take toxic drugs, because they were feeling well at that time. They are still living healthy.
Posted by Seth Kalichman at 10:26 PM