AIDS Denialism in South Africa: An Update (and book review) 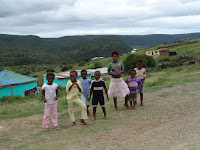