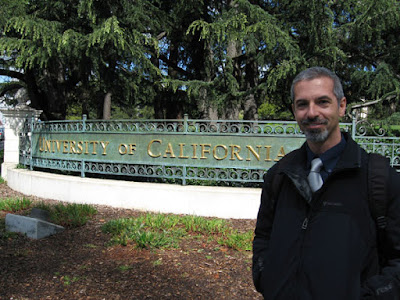 Duesberg’s paper had actually been submitted to a legitimate journal called the Journal of AIDS and rejected after peer review. The filters of peer review work most of the time. But of course, being Denialists Duesberg and friends made the following claim in their Medical Hypotheses article…

“A precursor of this paper was rejected by the Journal of AIDS, which published the Chigwedere et al. article, with political and ad hominem arguments but without offering even one reference for an incorrect number or statement of our paper (available on request).”

The AIDS Deniers were joyful because they once again circumvented peer review and managed to seep into a what could appear to be a scientific outlet. For instance author Henry Bauer took time away from searching for Monsters in the bog to write at his blog…

“A remarkable coup has just transpired in publishing serious questions about HIV/AIDS in a mainstream journal. A press release describes the article concerned, which is currently in press at Medical Hypotheses (though already available on-line to subscribers).”

As an author who publishes in Elsevier journals, I found it hard to believe that the company would so easily and repeatedly publish pseudoscience. As a tax payer, I was outraged that the State of Connecticut was purchasing a pseudoscience outlet for our state libraries. Librarians started receiving letters that included the following statement…

“Medical Hypotheses has become a tool for the legitimization of pseudoscientific movement with aims antithetical to the goal of public health goal. One such movement, AIDS denialism, questions the existence of the Human Immunodeficiency Virus (HIV) and/or its role in causing AIDS. The public health consequences of this movement have been dire, particularly in South Africa, where several hundred thousand people are estimated to have died because availability of treatments was delayed due to the influence of AIDS denialists. Medical Hypotheses, with its lack of peer review and careful editorial oversight, has published numerous articles advancing AIDS denialism, allowing individual denialists, none of whom has ever published original research on HIV, to claim legitimacy as HIV researchers because their work has, after all, appeared in a “scientific” journal. In the most recent of these articles, two prominent denialists, David Rasnick and Peter Duesberg, along with several co-authors, claim ludicrously that HIV and AIDS have had no significant effect on public health in Africa and that antiviral medication has had no effect on AIDS mortality in North America and Europe. The authors make these claims by selectively quoting and misquoting the legitimate scientific literature in a manner that even the most cursory editorial oversight could not allow. It appears that the false claims in this paper were not vetted by the editor of Medical Hypotheses and that the journal, by publishing this and similar papers, has contributed significantly to the spread of medical misinformation and loss of life and wellbeing.”

But in the words of Henry Bauer, “a remarkable coup has just transpired”. The papers are gone. They have vanished. They are no more.

Ruggiero’s and Duesberg’s articles no longer exist at the Medical Hypotheses website. The articles that once were are no more. Oh sure, there are plenty of copies floating around. I know I have mine. And the abstract summaries have not yet been removed from the major indexing services, although that should hopefully happen soon.

UPDATE: Examining Elsevier’s policies on removing articles from electronic data bases, which is the case for Duesberg and Ruggiero’s paper, it is apparent that the publisher found the articles to pose a threat to public health. A just finding...

Articles are removed when…

“the identification of false or inaccurate data that, if acted upon,
would pose a serious health risk (See Article removal or replacement).”

“In an extremely limited number of cases, it may unfortunately be necessary
to remove an article from the online database. This will only occur where
the article is clearly defamatory, or infringes others' legal rights, or
where the article is, or we have good reason to expect it will be, the
subject of a court order, or where the article, if acted upon, might pose
a serious health risk.

In these circumstances, while the metadata (title and authors) will be
retained, the text will be replaced with a screen indicating that the
article has been removed for legal reasons.”
Posted by Seth Kalichman at 2:00 AM