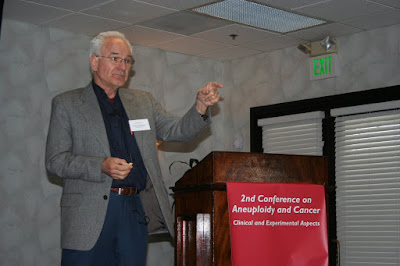 Do you feel the love?

Readers of Denying AIDS have noticed that AIDS Denialists are busy spewing their venom my way.

I would prefer not to include attack comments and hate mail in my regular posts. Still, Denialist attacks should have a place on my blog. Hence this post.

To start things off, here is an email that was circulated among the Rethinkers. Thanks for sending it my way! I probably should not disclose who was included on this email. I doubt that Claus, Henry, and Michael would appreciate it. So do not even bother to ask.

New: Scroll down comments to read a letter from AIDS Denialists to the University of Connecticut Department of Psychology ‘telling on me’. WARNING: Empty your bladder and sit down before reading to avoid potentially harmful or embarrassing accidents. Be prepared to laugh!
____________________________________________
UPDATE: Celia Farber's new website, The Truth Barrier is up and running. Among the first posts is a review by Claus Jensen (who ever that is) of Denying AIDS. Thank you Claus. Your endorsement means much to me. Without a strong reaction from AIDS denialists Denying AIDS would have no credibility at all.

As I doubt you will get an answer to your question from Snout, I will share with you an example of what I consider Seth Kalichman's juvenile level of scholarship with a few notations by me. Examination of more of his pieces may be useful in exposing his insanities.

Following is a bit from Seth Kalichman's research projects. It seems obvious that he teaches what he most needs to learn. The following excerpts are from one of his papers called "Coping and Safer Sex Maintenance Intervention for Men and Women Living with HIV-AIDS . A Group Leader’s Guide". In his guide for group leaders, Seth wrote the following.

First, Seth describes what qualities make an effective versus ineffective group facilitator. He should soon be an expert on this one. I loved the following:

Oriented toward individuals more than groups.

Places personal needs before group needs
Seth would never do that, now would he?

Anxious in groups Overly charismatic – needing to be the center for the group
Such as his latest attempt to be at the center of the battle to stop the damned aids denialists?

Has an “us versus them” mentality
Who? Seth Kalichman and his notoriously documented need to be the "us of hiv orthodoxy" versus the them of "those damned deranged aids denialists

Views self above the group
Such as his attempt to present himself as being all knowing about hiv/aids while never answering a single question that is posed to him, or while censoring on his blog all those who would correct him?

Inflexible and non-adaptive
Seth inflexible? Oh no, not Seth. He is the most open minded and most flexible individual (like a snake in the grass) that I have ever encountered

Begin with a discussion of stress factors in life. We all have things that create stress in everyday life.
Amazing how he easily notices this, except for one obvious exception: Except for Christine Maggiore, who Seth has portrayed as having had no stress at all after her daughter died of a reaction to amoxicillin and after she was relentlessly attacked in nationwide newspapers and magazines and blogsites and labeled an aids denialist mother whose aids denial and refusal to have her daughter tested or on aids drugs and thereby stood publicly acused and convicted as having caused the death of her daughter

Some stressors are minor and easy to deal with, while other stressors are significant and can be overwhelming.
Unless your name is Christine Maggiore or you are an aids denialist, then whatever is thrown at you is because you had it coming and is not the cause of your illness because only hiv could do that

HIV can be a long-term stressor that is difficult to deal with.
How astute. Is he aware that suicide, both passive and direct, is the leading cause of death in those diagnosed as hiv infected sexual lepers? No mention anywhere by Seth of just how stressful such a diagnosis can be. And of course, in one is an aids dissident, then one's greatest stress often becomes how to stop the insanity of the hiv pushers such as Seth from destroying your life or the lives of those you love.

For some people HIV can be at the top of the list as a stressor, for others HIV may not be the number one stressor in life.
Oh really? And just how stressful can it be Seth?

In either case, HIV can present added problems and stress for you that can effect your health. WHAT??? Did I read that right? Seth Kalichman herein fully and publicly admits that STRESS can affect physical health??? If that is what he believes, then why did he ignore this when Christine was stressed to breaking as he fought vehemently to portray Christine's only problem as a lack of aids drugs? Why does he ignore that she was endlessly attacked in the media, including by him? Why does he ignore she had just been portrayed as a murderous denialist mother in a recent Law and Order episode just one month before she became ill? Why does he ignore the stress Christine was facing at the trial of the coroner that she was scheduled to testify at the week after she got ill and died? Why does Seth conveniently ignore the massive nonstep grief and stress that Christine was faced with?

For the group discussions, Seth's entire agenda seems to be created for kindergarteners, such as is evidenced right from the beginning of Seth's group meeting discussions. Seth recommends the following:

Select a partner… get to know each other Questions:

2. What is one thing you find stressful and how do you cope with it?

3. If this was your day and you could do anything you want, what would you be doing?
From there the activities of Seths group is to watch role playing movie clips with brief discussions centering on "what would you do if it were you" and "would this be stressful for you". Then Seth likely reveals to us his own real motivations in the following

Sometimes we all try to hide things about ourselves or things we’ve done from others and this can be stressful.
Ah Ha! Just what is it Seth is hiding about himself?

The group should enjoy the comical nature of the two clips and no discussion is necessary.
So just what IS IT THAT SETH the pseudopsychologist IS HIDING ABOUT HIMSELF? What seeming vile thing has he likely partaken in or that he is tempted to partake in that he has hidden even from his wife? Did he play the girlfriend role for his older brother or father when he was 10? Is it that Seth cruises the park at night for sexual encounters? Just what is it that Seth has done, as he seems to be clearly informing us that he too is hiding something from his loved ones? And furthermore, is it that Seth also uses his own fear of the hiv boogeyman to keep from acting out his own fantasies and desires? Does Seth also personally NEED the fear of aids?

Obviously SOMETHING is driving this man. Something he keeps well hidden. And whatever his motivation is, it is certainly not about being a loving compassionate would be savior to hiv positives nor is it a benevolent desire to save the world from suffering death by aids. Not for Seth. For Seth this is a very personal crusade.

And to answer your question about Seth's "scholarship"..... Read the paper. The astoundingly juvenile nature of his "best works" in psychology gives me sincere question as to how someone such as Seth ever got a degree, let alone a professorship, in of all things, psychology!

Posted by Seth Kalichman at 8:48 PM