"Hello Professor, a Brent Leung is here to see you" 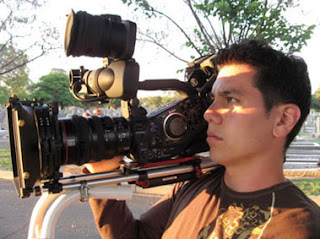 House of Numbers continues to be the talk of AIDS Denialism. There are many lessons to be learned from the AIDS Denialist crockumentary House of Numbers. The real lesson for scientists is that just because a guy has a camera crew does not mean you should agree to be interviewed by him. Thinking twice before sitting down in front of a camera is a worthwhile lesson indeed. The October 15 issue of Nature, a magazine well known for its excellent book reviews, published a great story on the hazards of scientists appearing in documentaries gone wrong. Too bad the article came out after House of Numbers was in the can. I post the article here for future reference.

UPDATE: Editors at Science Daily react to the misrepresentation (lying?) about T-Cells and AIDS twisted in House of Numbskulls.

UPDATE: Joseph Sonnabend, MD - Physician and AIDS Researcher speaks out on the fraud behind House of Numbers.

Caught on camera
of page

What to do when you are interviewed for an unscientific documentary

Nature 461, 848 (15 October 2009) | doi:10.1038/461848a; Published online 14 October 2009
Stephen Schneider, a climatologist at Stanford University in Palo Alto, California, has always had to deal with angry e-mails from people who think that global warming isn't happening, and that Schneider is part of a conspiracy to promote it. He has been vocal about the dangers of climate change for decades.

In the past week, however, Schneider has been deluged by furious messages. They have been provoked by a clip circulating on the Internet from Not Evil Just Wrong, a documentary film claiming that global-warming fears are 'hysteria'. The clip explains how Schneider did an interview — and then how the university informed the film-makers that it had rescinded permission for using any of the Stanford footage and that Schneider had withdrawn permission to use his name or interview. Schneider says he backed out when he realized that the film-makers were polemicists who had lied to him about their intentions. Some climate-sceptic commentators are accusing him of censorship.
Schneider is by no means the first scientist to feel hoodwinked by film-makers. British evolutionary biologist Richard Dawkins ended up in Expelled: No Intelligence Allowed, a film purporting to show how academics who do not accept evolution are frozen out of academia. Dawkins says that he was conned — that the film-makers had presented the project to him as an even-handed effort entitled Crossroads: The Intersection of Science and Religion. Carl Wunsch, an oceanographer at the Massachusetts Institute of Technology in Cambridge, felt he was "swindled" in a like manner by the producers of The Great Global Warming Swindle. And Nikos Logothetis of the Max Planck Institute for Biological Cybernetics in Tübingen, Germany, let a seemingly objective film crew into his primate laboratory — only to see the footage used in an animal-rights documentary that slams him as cruel.

For many scientists, the natural response to such stories is to stop talking to the media. But that would be an overreaction. For one thing, such misrepresentations are rare. Schneider estimates that he has given some 3,500 interviews since the 1970s, and only twice has he been "set up". Most journalists and documentarians are honestly trying to report the facts, and scientists have a responsibility to tell the public about their work — especially if it is supported by public money.

Fortunately, scientists can do much to protect themselves. When someone asks for an interview, for example, a scientist should enquire about starting assumptions, the intended audience and the identity of the project's backers. And, if possible, researchers should check the earlier work of the journalists and any companies behind the film for a partisan tone, or unacceptable levels of sensationalism.

But if these efforts fail, and it is discovered too late that the film-makers are bent on using an on-tape interview to promote a view that seems unscientific, the question becomes what steps to take. There is rarely a way to withdraw an interview that was given on the record, for good reason. In any case, making a fuss can be a gift of publicity to film-makers. Schneider admits that he might have spared himself the deluge of e-mails had he just ignored the makers of Not Evil Just Wrong.

A better approach might well be to complain to the television channels and broadcasting regulators, many of which have standards for their programming. The Great Global Warming Swindle was censured by Ofcom, Britain's broadcasting regulator, for breaking several rules in its broadcasting code. And when the same documentary was aired by the Australian Broadcasting Corporation, it was followed by a point-by-point debate and rebuttal.

In the end, this is perhaps the most effective way to limit the damage. Bad journalism is best met not with red-faced indignation, but with good journalism. The truth is the best revenge.